Mountain gorilla numbers in Bwindi National Park have increased over the past years with the recent gorilla population census showing that their numbers are estimated to be around 459 individuals. 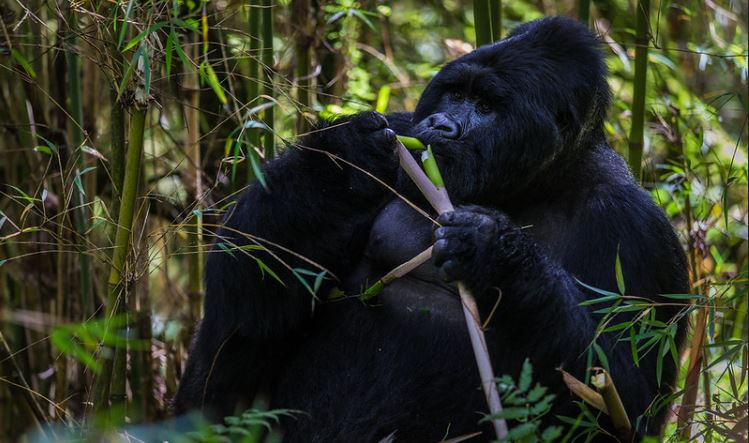 Bwindi national park is located and shared by the districts of  Kanungu, Kabale and kisoro in the south-western part of Uganda. The national park spans over a radius of 321 square kilometers and is part of the renowned Bwindi Impenetrable Forest. It is elevated at altitudes between 1,160 meters to 2,607 meters above sea level. The national park is rich in bio-diversity of both flora and fauna species, with over 350 bird species, more than 400 plant species and less than 800 primates that are divided between the forests of Bwindi Impenetrable Forest and the nearby Virunga volcanoes. The park has a total of 19 habituated gorilla groups, of which 15 are available for tourists to track and the rest are strictly meant for research purposes.

The survey that was conducted in Bwindi National Park also covered areas of Sarambwe Wildlife Reserve. The Bwindi-Sarambwe ecosystem is a vast rain-forest ecosystem that is located within the mountains of Uganda and the Democratic Republic of Congo. Periodic surveys within this protected area have shown that some groups of mountain gorillas in Bwindi national park, sometimes migrate to Sarambwe reserve hence the need to include the area in the survey.

As in the previously conducted surveys, field teams moved along pre-determined trails termed as ‘reconnaissance trails.’ These trails took the team of researchers through the forest of the Bwindi-Sarambwe ecosystem, and into two separate sweeps in ordered to ensure thorough coverage of all areas. The team members went searching for signs of mountain gorillas, other primate and mammal species, as well as any illegal activities being conducted within the protected area. 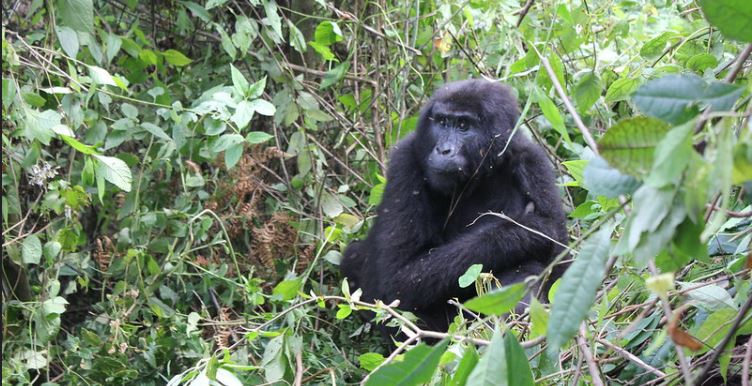 The survey teams consisted of six teams per sweep, with the teams working in two-week shifts and then rotating out with fresh teams replacing them for the next two-weeks. The first team worked from March to May taking a period of 62 days, while the second sweep/phrase of the 2018 survey was conducted from October to December taking only 60 days.

Once a fresh or recent gorilla trail was spotted, the teams followed the trail until it finally led them to three recent nest sites for each gorilla group of solitary individual. At each gorilla nest site, the teams collected fecal samples from gorilla nests that were genotyped to a specific individual for a minimum count of mountain gorillas in the Bwindi-Sarambwe ecosystem.

The 2018 census in the Bwindi-Sarambwe ecosystem relived a slight increase in the number of mountain gorillas in Bwindi Impenetrable National Park, as compared to the 2011 gorilla population census which showed that there were only 400 mountain gorillas living within the national park.

Prior to the survey, mobilization and sensitization meetings were held at the various points around Bwindi Impenetrable National Park from 26th February to 4th March 2018. This was done in an effort to create awareness and get support from members in the neighboring communities near the park. among some of the areas that were visited included; Nkuringo, Rubuguri, Nyabwishenya, Kisoro district headquarters, Cyanika border, Rubanda district headquarters, Ikumba sub county headquarters, Ndego, Ruhija, Buhoma, Bwashwa, and Kanungu headquarters.

Some of the habituated mountain gorilla groups in Bwindi National Park that were identified during the survey include; Bikingi, Bitukura, Bweza, Christmas, Bushaho, Busingye, Habinyanja, Kahungye, Katwe, Kyaguliro, Mishaya, Mubare, Mukiza, Nkuringo, Nshongi, Oruzogo and Rushegura. Visitors interested in seeing mountain gorillas in the wild can track any of the mentioned gorilla groups.

Gorilla trekking tours in Bwindi Impenetrable National Park are best conducted from June to September and December to February which are relatively dry months in the park. During this time of the year, it is much easier for visitors to trek through the forest while locating the gorilla groups.

Bwindi Impenetrable National Park in Uganda can be accessed by road and air. The main entry point to Uganda is Entebbe International Airport which is about 8-10 hours’ drive to Bwindi national park. Alternatively, one can choose to charter a flight to Kihihi or Kisoro at an extra fee and then drive to Bwindi. It takes about a 1½ hours’ drive from Kihihi to the park’s headquarters in Buhoma and approximately 3½ hours from Kisoro to Buhoma in Bwindi.

For those travelling from Kampala, it takes approximately 8½ hours driving via Kabale- Mbarara road to get to Buhoma in Bwindi. In case you are using the Masaka- Mbarara highway, it will take you about 9-10 hours to reach the park’s headquarters in Buhoma.

Bwindi national park in Uganda can also be accessed by visitors travelling from Rwanda via the Katuna Border in Kabale district. It whole journey takes approximately 4 hours and covers a total distance of about 170 kilometers.

Contact us in case you want to book a gorilla trekking tour to Bwindi Impenetrable National Park.