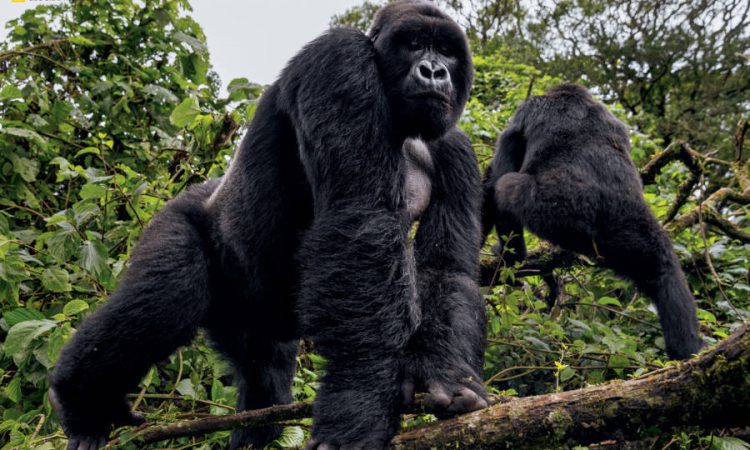 The Kabirizi gorilla family was earlier known as Ndungutse gorilla family this was the time the family was dominated by Ndungutse a gorilla that was assassinated in the cross fire between the Democratic republic of Congo army and the Rwandan rebels. Kabirizi the silverback is well known as a father of many mountain gorillas in Virunga, he was also not born in habitation but was a wild gorilla until in 1998 when he came to head the family and the name Kabirizi was given to him. The other gorilla groups that tourists can trek in the Bukima area of Virunga national park are:

The Rugendo gorilla family was succeeded by Senkwekwe who was sadly murdered by unknown gun men with other 5 gorillas in 2007, the group was later on dominated by a solitary silverback known as Bukima.

The Bageni gorilla family was composed in 2013 by the dominating silverback Bageni who split from his fathers Kabirizi group loving with 20 members including his mother. This gorilla family is one of the groups in the Bukima area of Virunga national park.

Gorilla permits in Rwanda cost only $400 per permit with one hour observation after finding gorillas.