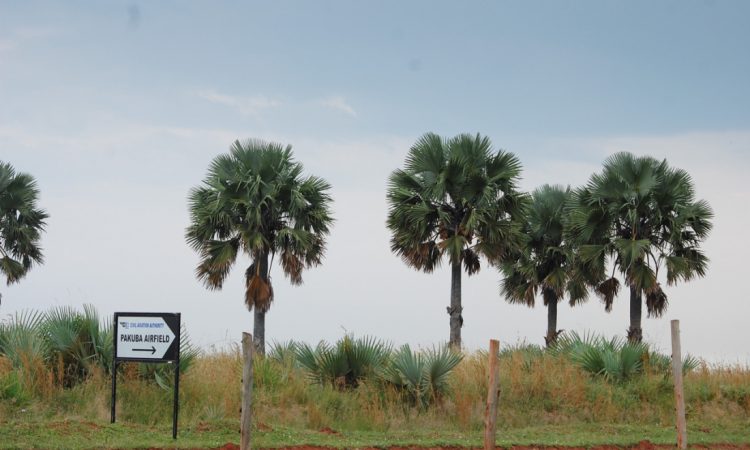 The park is gifted with 76 mammal species, 451 bird species, butterfly species, tree species and its bisected by the worlds longest river forming the strongest world water falls Murchison falls sometimes known as the devils cauldron. Pakuba airstrip is situated near Murchison falls national park, Nwoya district if northern Uganda and Pakuba Ares, the airfield is situated at the ricer banks if the might ricer  Nile. This airport is often used by domestic standard chartered flights for tourists on luxurious safaris.

Game viewing in Murchison falls national park can be done while on a game drive or by using a hot air ballooning safari. Murchison falls national park is also home to over 451 species of birds that can be watched in Kaniyo pabidi forest and Rubango forest some of the birds here are migratory birds while others are residential birds examples of birds in the park are yellow footed flycatchers, little sunbird, the rare shoebill and Abyssinian ground hornbill.

One of the most unique activities at Murchison falls national park is chimpanzee trekking encounter mans closest relatives in Budongo forest and also explore other primates like the black and white colobus monkeys, blue monkeys, red tailed monkeys and many others.

One of the things that you should not miss while on safari to Africa is experiencing the unique African culture, Murchison falls national park is situated in a place of various ethnical groups who all have diferrent cultural values and customs. Tourists can visit the Boomu women’s group and get entertained with local traditional dances.

Tourists visiting Murchison falls national park can choose from various accommodation units depending on their budget some of the lodges in the park are; Chobe safari lodge, Bakers lodge, Budongo eco lodge, shoebill rest camp, Pakuba lodge, paraa safari lodge among the rest.