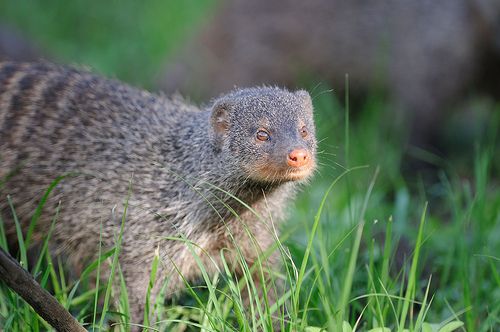 Track the Banded Mongoose in Queen Elizabeth National Park. Banded Mongoose are small creatures that are classified as mammals. One can identify these animals by their large head, small ears, and long tail, have strong and relatively shape claws which they use to dig burrows and defend themselves against enemies such as predators. They also have greyish-brown fur on their backs.

The banded mongoose can best been seen or rather tracked from Queen Elizabeth National Park, located in the western part of Uganda, in Kasese district. The national park is popular among tourists for its wide variety of wildlife species and not forgetting, the highly sought-after tree climbing lions of Ishasha. The park has more than 612 species of birds and over 95 mammal species. It is also the second largest national park in Uganda, covering approximately 1,978 square kilometers; and is also one of the oldest protected areas in the country, following its establishment in 1952.

Tracking banded mongoose in Queen Elizabeth National Park is one of the most exciting and adventurous activities that any tourist in the national park can get to experience. Banded Mongoose are quite similar to cats with the adult mongoose weighing approximately two to three kilograms. They are social mammals and live in groups of about 20 individuals. They spend most of their time together and sleep with each other in a den which they change every three to five days.

Banded Mongoose tracking in Queen Elizabeth national park takes place in the Mweya peninsular, overlooking the Kazinga Channel. Tourists interested in tracking banded mongoose will have to do so on foot, accompanied by a team of experts that includes a park guide and some researchers. Tracking the banded mongoose is done with the help of a locater device, also known as a tracking device. 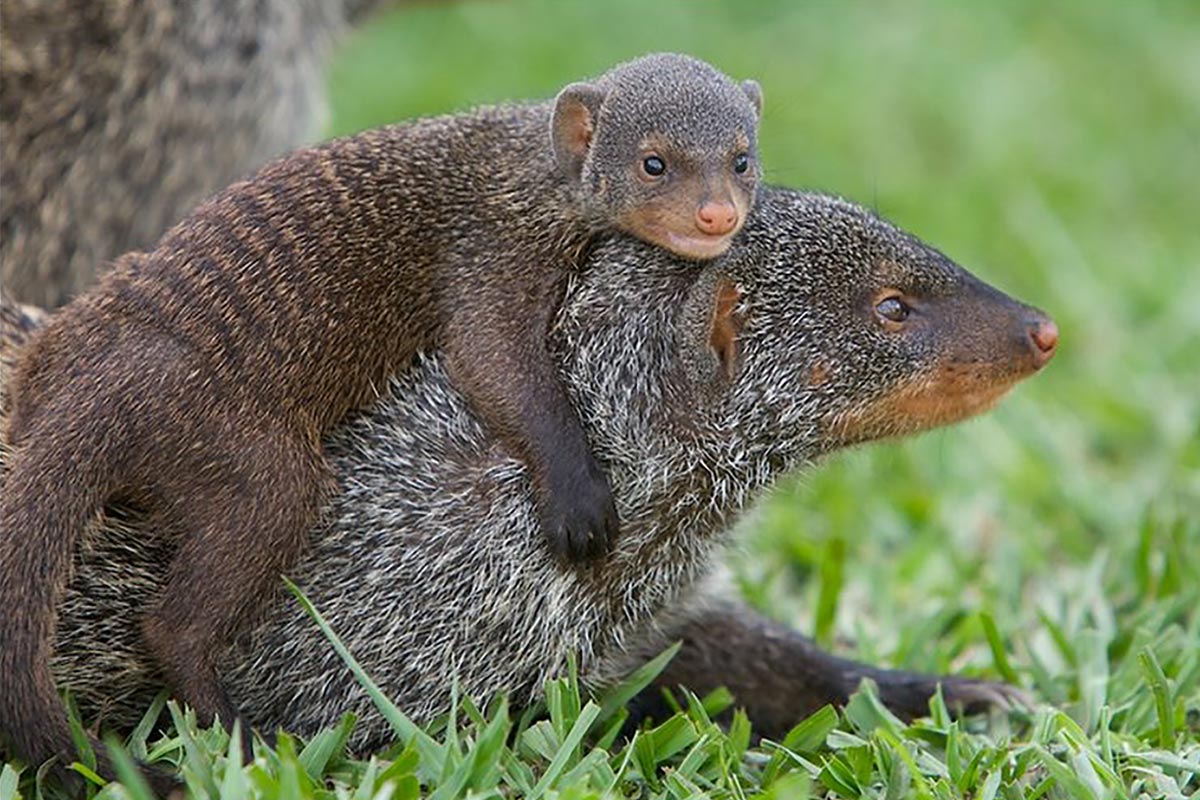 According to the recent research findings, there are over 400 banded mongooses residing in the Mweya peninsular, in Queen Elizabeth national park. They are grouped into twelve groups which can be tracked by tourists in groups not exceeding four members per group.

Tracking the banded mongoose in Queen Elizabeth national park, in western Uganda, is such an adventurous and fun-filled experience that you can do along with friends and family. The activity can be done either at 7am in the morning or late in the afternoon, and takes about one to three hours depending on their location.

In order to track the banded mongoose in Queen Elizabeth, you will have to drive off track with the team of experts. This activity is very educative and involves tourists, like you, to learn more about these mammals, monitor their behaviors, feeding habits, weigh and record their weight and study their natural habitats among others.

In addition to this, you will also get to view other wildlife species in the national park such as elephants, leopards, antelopes, topi, impala, zebras, giraffes, buffaloes and several bird species as well. You can also combine banded mongoose tracking with other activities that are offered at Queen Elizabeth national park like; a guided game drive, boat cruise on Kazinga Channel, bird watching, Lion tracking experience, guided nature walks, and chimpanzee tracking in Kyambura gorge to mention but a few. 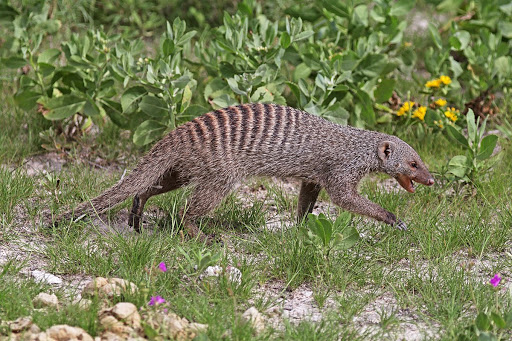 Banded mongoose tracking in Queen Elizabeth national park can be done at a fee of USD 30 dollars both Foreign Non-residents and foreign residents alike, and UGX 30,000 shillings for East African Citizens.

And in case you are looking to spend a night or two in the park, you can find great accommodation facilities that range from budget to mid-range and luxury lodges, such as; Mweya Safari Lodge, Pumba Safari Cottages, Ishasha Bandas, Jumbo and Pelican bungalows among others.

Queen Elizabeth national park can be accessed by either road or air. The national park is located about 387 kilometers from Kampala, using Masaka road and Mbarara-Kasese road, and takes about 6⅟₂ hours.

Alternatively, you can access the national park from the south via Ishasha, as you travel from your gorilla trekking tour in Bwindi Impenetrable National Park.

You can also travel to the park by air from Kajjansi in Kampala, and from Entebbe International Airport. There are reliable domestic airline companies such as Aerolink which offer tourists air transfers to Queen Elizabeth national park. Air transfers to the park can take between one and a half to 2 hours depending on the flight routings.

Want to see some Banded mongoose up close? Do get in touch with any of our tour consultants at Explore Rwanda Tours and we shall gladly arrange for you a Banded Mongoose Experiential Tour to Queen Elizabeth National Park in Uganda.