Rwanda is perhaps most known for its turbulent past and genocide in 1994. Of Recent Rwanda is now known as one of the most peaceful destinations in Africa. Despite it being a small country, it also has over 650 species of birds 44 of which are endemic to the Albertine Rift Valley, making it a unique birding destination in Africa. 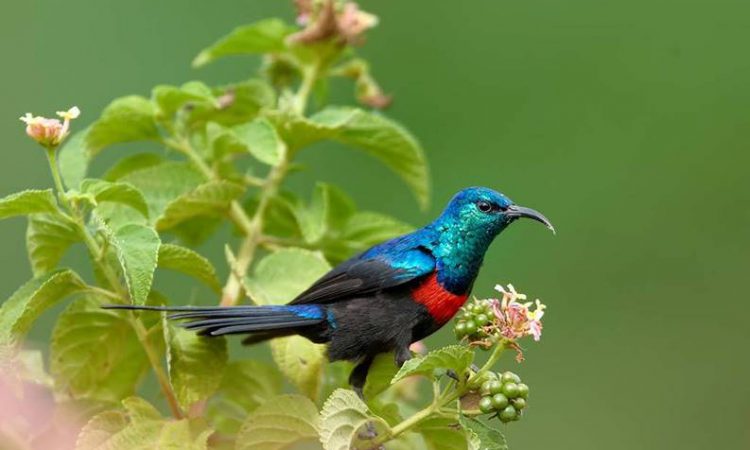 This is more famous for the engendered mountain Gorillas but it actually has alot to offer other than just the gorillas.The park has a  recorded count of up to around 180 bird species. It is also home to some of the albertine rift endemics like the Rwenzori Turaco and the Handsome Francolin and Shelley’s Crimsonwings.

Its covers about 970 square kilometers making it the largest conservation area in Rwanda. Its known best for the large number of primates  but also being one of the best birding spots in Rwanda. It is home to more than 275 species of birds many of them only found here.

Its is easily accessible by road and there is a wide range of accommodation facilities to choose from. Rwanda is a hilly area and so is this park, the terrain is steep and most of the park of this forest is unexplored. The hikes bring out the best views but very tiresome.

This park is another spot for birdwatchers in Rwanda. The park boosts of Savannah and papyrus vegetation. It has about 525 species of birds recorded here and it is the best site to locate the rare Ring-necked Francolin. One of the most sought after birds in Africa, the shoebill, has also been recorded here.. The woodland house the  Red-Faced Barbet and Souza’s Shrike

Other species commonly seen are  Brown parrots, Sooty Chats and White-winged black tits. The beautiful swamp regions are also home to the Swamp Fly-catcher, Carruther’s Cisticola and the Papyrus Gonolek. At the edge of the swamp, the Brown-chested Lapwing can also be seen. The best time to bird Rwanda is in the dry season from June to September.