What do Gorillas Eat? 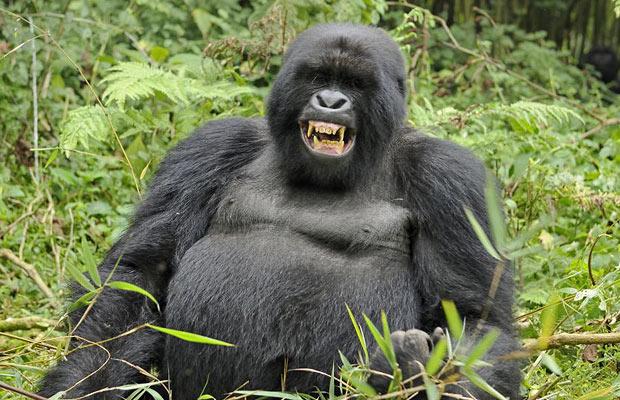 Mountain gorillas are said to be very active between 6:00am and 6:00pm, in between this hours mountain gorillas are always eating large quantities of food to sustain its massive bulk. They feed very early in the morning, rest at midday and again feed afternoon up to night time. 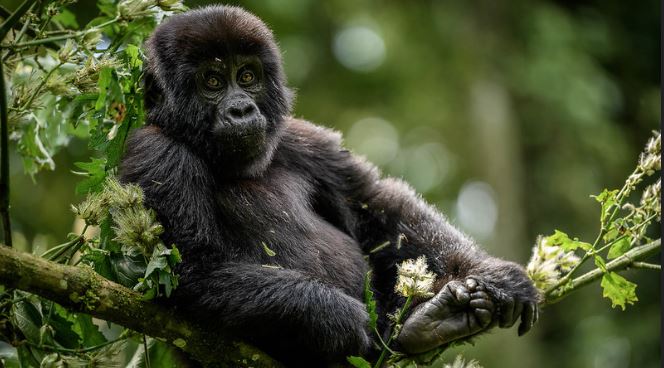 Mountain gorillas are also said to consume soil in the plant roots this helps them neutralize the poisonous substance that is present in the plant feeds plus obtaining minerals missing in the plants, this great apes also consume insects sometimes.

Mountain gorillas normally spend most of their time in bamboo zones, giant senecio zones and Hagenia forest where plenty of food can be found all year round. Gorillas normally avoid the cultivated farmlands near their habitats though some gorillas have been noted especially in Bwindi to eat some of the farm land produce like potatoes.

Gorillas ha e strong chewing muscles that helps them to process the plants consumed, mountain gorillas also rarely drink k water this is because 50% of the food they consume daily contains or is made of water. An adult male gorilla can weigh up to 200 kilograms.

Gorillas are warm blooded animals occupying the forest floors of tropical forests; they have disposable thumbs that help them to peel fruits and bamboo shoots. Gorillas also use their canines for fighting in most cases with other male gorillas.

To encounter and trek mountain gorillas in their natural habitats, please visit Uganda, Congo or Rwanda. The gorilla permits in Rwanda cost $1500, in Uganda $600 and only $400 in Congo.

Only a group of eight people are allowed to trek a given family of mountain gorillas in a day and the maximum age for gorilla trekking is 15 years old.

Tourists who would like go Trek Mountain gorillas must always book their permits in advance as they tend to be in high demand especially during the peak season.