Rwanda Gorilla Trekking » Information » Facts about Uganda that you should know

Facts about Uganda that you should know

Facts about Uganda that you should know : Uganda is aland locked country situated in the eastern part of Africa where the western rainforests meet with east Africa’s Savannah plains, the country is characterized with lakes, mountains, scenic landscapes, water falls, diverse cultures, birds, crystal lakes, snow capped mountains, wildlife and so much more. 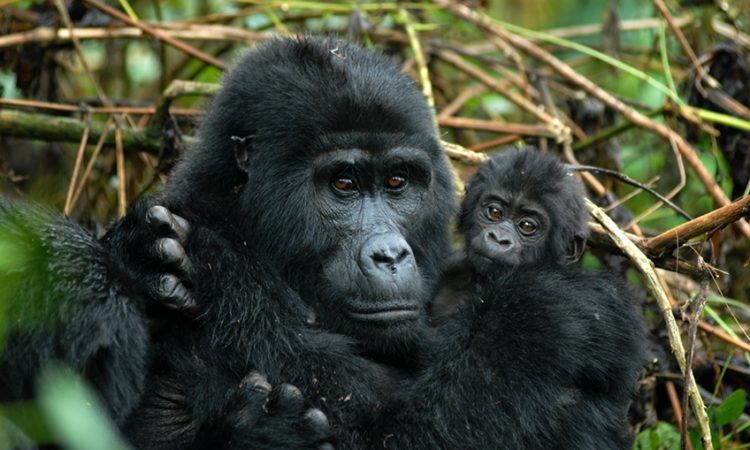 Uganda was ranked by Buzz feed as the 13th most beautiful country on earth.

The name Uganda was derived by the Brutish from Swahili word to mean “Land of the Uganda people” this name was given during the 1900 Buganda agreement.

Uganda boasts with about 11% of the world’s birds, its one of the top birding destinations in Africa with over 1,040 species of birds.

The source if the world’s longest ricer can be found in Jinja the east Africa’s adventure capital.

Uganda is among the top ten Robaster coffee growing countries in the world.

Uganda boasts with 6/8% of the world’s butterfly species

Uganda experiences tropical climate having only two seasons, the wet season and the dry season.

8% of the world’s mammal species can be found in Uganda.

Uganda has some of the friendliest people in Africa.

Uganda is the second largest banana producing country in the world.

Uganda is one of the countries iu the world where you can find the endangered mountain gorillas. The country is endowed with half of this endangered apes with the rest found in Rwanda and Congo.

Uganda boasts with the highest concentration of chimpanzees as well as primates in the whole of Africa.

Uganda has been ranked by CNN and lonely planet in 2012 and 2016 as one of the worlds top tourists destinations.

Uganda is one of the country’s in the world that have maintained the bark cloth custom, this has been recognized by UNESCO.

The Kasubi royal tombs found in Kampala, Uganda is one of Africa’s preserved cultural heritage sites with buildings designed in typical African architecture dating back to 13th century.

Uganda boasts with the highest concentration of primates than any other country in the world.

Uganda boasts with the worlds second largest fresh water lake and its also the largest tropical lake and home to the worlds longest river this is lake Victoria in central Uganda.

Uganda was also ranked as the world’s most ethnically diverse country.

According to happy planet index, Uganda was ranked the world’s number  133 happiest courtyard on earth

The ethnographic collection that was found in Uganda in 1931 dates back o 1000 AD found in Luzira orisons, it’s found in the British museum.

Bwindi national park and Mgahinga national park including the rains forest in the south western part of Uganda are believed to have been settled by the Batwa people for over 60,000 years.

Mount Ruwenzori also known as mountains of  the moon has got the forth highest peak in Africa known as Margheritapeak and its snow capped all year round.

Uganda is also one of the world important archeological sites with the fossils of the Morotophithecus found near Moroto said to be belonging to the earliest human ancestors and modern apes.

In the eastern part of the country lies Mount Elgon with the worlds largest caldera mountains.

Uganda was ranked the second youngest country in the world the people below 25 years are over 79%.

According to a study in 2013 Uganda was the 8th leading alcohol consuming country in the world.

Uganda is also home to the worlds rarest minerals, the country is gifted with 50 precious deposits some of this have not yet even been mined

Uganda is one of Africa’s countries to design its on car dine by students of Makerere University.

Some of the  Uganda’s cultural values are linked to ancient Egyptians.

In 1879, caesarian sections were already practiced in Uganda and their reported to have been successful.

Muteesa 11 the first president of Uganda after independence contributed to the Mau- May rebellion in Kenya.