Murchison Falls National Park is located 305 kilometers north of Kampala and is the largest national park in Uganda. The Park is situated in the Murchison Conservation Area where we find Bugungu and Karuma wildlife reserves. Murchison Falls park sits on the shores of Lake Albert in the northwestern part of Uganda hence known as Murchison falls in that the Victoria Nile River forces its way through a narrow gorge. Murchison falls national park was first gazetted as a game reserve in 1926 and later a national park in 1952 and is a home of 76 mammal species including the big 4 animals namely elephants, buffaloes, lions and leopards plus other animals such as Bushbucks, Waterbucks, Uganda kobs, Warthogs, Giraffes, Jackson’s hartebeest, Hyenas, Hippos, Crocodiles, primates like Baboons, Monkeys, Chimpanzees, 450 bird species where 23 species are endemic to the Albertine Rift among others. 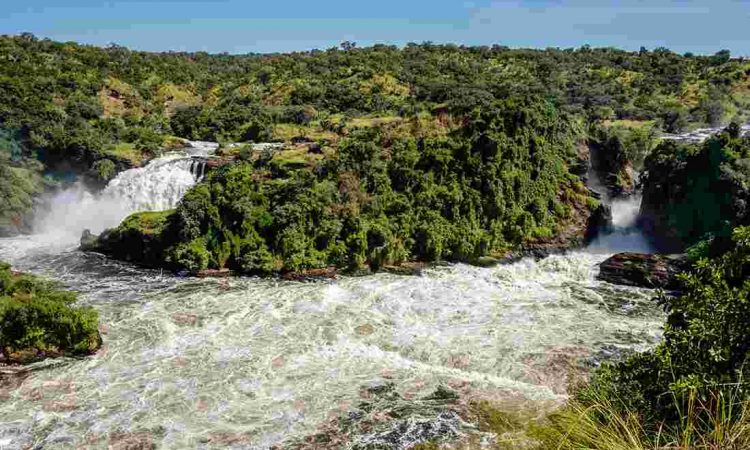 Murchison Falls National Park has a wide number of attractions which attract visitors and provide them with great experiences during the safari in Uganda, they include

Game drive, this is one of the major activities carried out by visitors in Murchison falls national park. Game drives in the part are either done early morning at 6 am or 7 am or late evening at 4 pm in a pop-up roof safari vehicle where visitors get clear views of the wildlife and vegetation. During game drives in Murchison falls visitors go with trained driver guides who follow different tracks in the part such as Buligi, Albert and Queen’s tracks north of river Nile. Game drives in Murchison falls national park last for 2 hours and more and visitors will be able to view different animals like buffaloes, elephants, bushbucks, waterbucks, Uganda kobs, bird species such as spur-winged lapwing, handsome francolin, saddle-billed stork, majestic grey crowned crane among others.

Launch cruise on the Nile, this is an interesting activity where visitors go on a boat cruise on river Nile. Boat trip in Murchison falls national park sets off from Paraa to the foot of Murchison falls which takes about 3 hours and from Paraa to the delta and back which takes 4 to 5 hours. During the boat cruise trips, you will be able to view animals on the river Nile banks such as hippos, crocodiles, elephants, buffaloes, waterbucks, water birds like herons, cormorants, fish eagles, king fishers, bee-eaters among others. The launch cruise in Murchison is so amazing.

Sportfishing takes place above and below the falls and is an exciting and interesting activity in Murchison falls national park in that the visitors will be able to engage themselves in catch and release fishing. Fish types caught during sport fishing activity include Nile perch, Tigerfish, Tilapia, Mudfish among others and will also relax on the river Nile banks and also order for a fish dish.

Bird watching, Murchison falls national is also known as a birder’s paradise in that it harbors 450 bird species hence a great destination for bird lovers. Bird watching in Murchison national park is carried out in the morning in Budongo forest, riverine vegetation, during the boat cruise and game drive in the savannah vegetation among others and bird lovers will be able to view different bird species such as the pre-historic Shoebill stork which can be viewed along the Nile river especially in the delta area and other bird species like Grey crowned crane, Goliath heron, Red-throated bee-eater, Pied kingfisher, Weaver birds, Black-headed Gonolek, Black billed barbet, Swamp flycatcher, African jacana, Squacco heron, Blue-headed coucal, Giant kingfisher, Silver bird among others.

Nature walks/ hiking; Hiking and Mature walks in Murchison is an activity where visitors on a safari walk on foot with an armed guide for protection and guidance within the park. Hiking in Murchison falls national park is normally done in Rabongo forest, Kaniyo Pabidi forest, Budongo forest, on top of the falls among others where visitors will be able to explore the beautiful landscapes, Murchison falls, swamps, surrounding local communities, view wildlife species, primates, and birds at a close range.

Cultural encounters, this is an activity where the visitors visit the local communities around Murchison falls national park. Visitors learn about the local communities’ lifestyle, taste their traditional dishes, visit traditional homesteads, art and craft shops where they make crafts like huts, sandals, mats, bags among others. Communities around the park have entertainment groups such as Mubako where they perform to visitors through dances, songs, poems among others especially during dinner at the lodges around the campfires which gives visitors great experiences about other people’s cultures.  The Cultural Encounters in Murchison are so amazing.

How to get to Murchison Falls Park

The Park can be reached by either road of Air transport. By Air Murchison falls national park has two Airfields where a visitor can use chartered services from Entebbe Airport to Pakuba Airfield or from Entebbe to Bugungu Airfield and then connect to the park headquarters by road. The park can also be accessed by road where you drive from Kampala via Masindi to the park and it takes about 5 hours and public means where the bus moves from Kampala to Masindi on a daily basis and then you can hire a private vehicle to the park.

The park gives you the best experience on your safari in that it gives you an opportunity to explore the landscapes, view rare bird species like the Shoebill Stork, big four animals, and the Rhinos at Ziwa Rhino Sanctuary hence making them the big five animals which makes your safari in Uganda magnificent and rewarding. 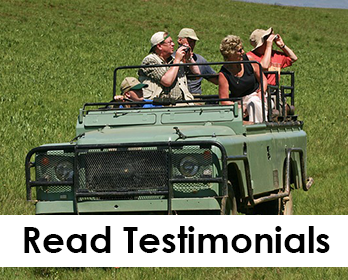