Trekking Gorillas is probably one of the captivating activities in Africa. On a sad note it can only be done in Uganda, Rwanda and DRC. In Rwanda it can only be done in one place and that’s Volcanoes National park. There are just 10 groups in the park and 8 permits are allocated per group. Here are the habituated groups in volcanoes national park that are available for gorilla trekking in Rwanda. 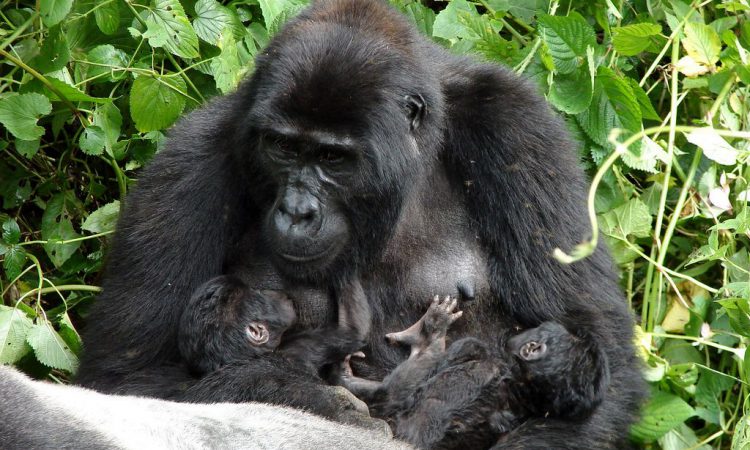 This group has 33 member and 2 silverbacks. It’s also the biggest group. The most exciting thing about this group is the twins in this group. It’s also the first group that Dian Fossey first studied. The group is hard to track but it’s the most preferred by most people.

His family has 13 members and 2 silverbacks. One of the silverbacks is the largest in Volcanoes national park. This group usually roams on the slopes of Mountain Sabinyo and this makes it relatively easy to track.

Amahoro mean peace and therefore this group is known for its peaceful ways. It’s found on the slopes of Mountain Visoke and it has 18 members and 2 silverbacks. This group is had to track as the terrain to the slopes of this mountain is strenuous.

It is formerly known as group 13 but recently changed the name to mean “special”. It has 27 members with just one silverback and it also roams on the slopes of mountain Sabyinyo.

Umubano (‘Live Together’) Family
with 13 members, including 2 Silverbacks, this group was formed by members of the Amahoro family after one of its silverbacks, Charles, broke off to form his own group. They live in the same territory the Amahoro Group.

It has 23 members with 4 silverbacks. It inhabits on the slopes of mountain Muhabura and it got its name from the late dominant silverback kwitonda-the humble one.

It’s a new group and it has 16 members with one silverback. It was formed by members from the sabyinyo family and group 13. Its roams between mountains Mugahinga and Sabyinyo. It has twins that were born in 2011.

Just like the name, this group resides on the slopes of Mountain Karisimbi. It has 16 members with one silverback. It’s a breakaway faction of Susa family.

It is made up of 11 members including 2 Silverbacks. Ugenda means mobile. This group inhabits Mt Bisoke and the hike is relatively not very difficult.

Bwenge means “wisdom”. This group comprises of 11 members with one silverback. It usually roams on the slopes of mountain Visoke and the hike is relatively easy.