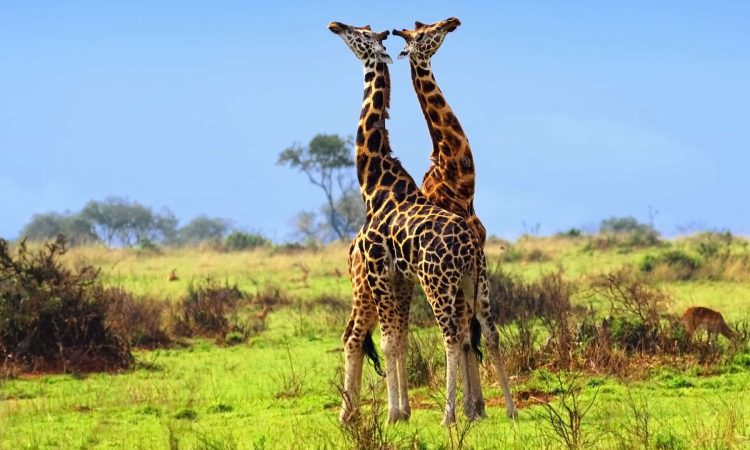 Gorilla trekking Safari: To trek these gorillas is an essential experience in Uganda. Uganda is home to over half of the mountain gorillas found in Bwindi Impenetrable National Park and Mgahinga national park. Bwindi impenetrable national park is undoubtedly the best point in the entire world to enjoy the ultimate gorilla experience, the park habituate over 15 gorilla groups and each group can be visited by a maximum of 8 tourists per day.

Adventure and extreme sports safari: Uganda is fast becoming known as the adventure capital of East Africa with bungee jumping and extreme water sports in jinja, mountain climbing in the Rwenzori Mountains and Mount Elgon.

Sipi falls at Uganda safari: Sipi falls is one of Uganda’s most romantic and beautiful falls. There are three levels of falls but the two upper levels are fairly small compared with the main drop. Sipi falls is about 55km north of Mbale in the foothills of Mount Elgon and not far from the town of Kapchorwa. At sipi falls you can see the majestic and awesome mount Elgon above, the wide plains of East northern Uganda disappearing into the distance below. One can find small caves that can connect to Kenya, It is actually stunning information that these particular caves are too dark and those that aimed to pass through were killed by the animals, insects or they might miss out their ways in the dark caves.

Cultural safaris: Cultural safaris in Uganda are a great Uganda safari component because Uganda is actually a diverse country with a count of 65 tribal groups as per the amended constitution of Uganda and migrants from different parts of Africa and the world. Cultural sites in Uganda include kasubi tombs and they are located 5km from Kampala capital city on kasubi hill, Igongo cultural center near Mbarara town, Kabale Arts center, Sezibwa falls, Namugongo shrine, Nakayima tree found in Mubende district, Nyero rock paints in Ngora, kabaka’s lake and Katereke prison among others. The cultural safaris aim at acquiring new knowledge and experience that meets the intellectual needs and individual growth of the traveler.

In conclusion, Uganda is an incredible place with lots of beauty and safaris that takes you to Uganda’s most alluring tourist destinations to discover unique features.